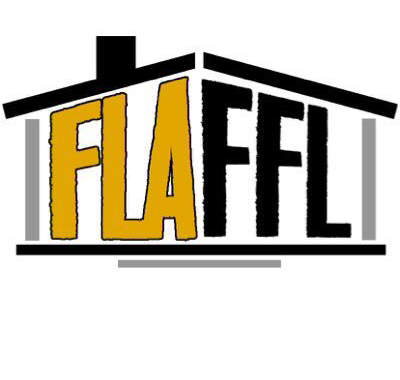 You can say that again. Since we last talked, the NFL was set ablaze with the Zeke Elliott suspension and the Sammy Watkins and Jordan Matthews trades. Plus another few […]

The preseason is back in full force which means that games are back on and training camp is in full swing. With that comes all kinds of news and we […]

As we roll on through training camp, we go through the most intriguing news like Jay Cutler signing with the Dolphins as well as the early depth charts being released!We also go […]

We had so many questions from the great Fantasy Life App users that we had to do another show! We also touch on the latest training camp news like what […]

As you know, we hail from the Fantasy Life App, and we love to give back! So today we’re answering questions from users of the app! We also welcome Chaim […]

Stats on stats on stats. That’s what Scott Barrett brings to the table on this episode of the FLAFFL House pod! The senior fantasy football analyst for PFF, Scott joins […]

I hope you ate your Wheaties today because you’ll need the energy to take all of this episode in. JJ Zachariason joins the pod and drops all sorts of knowledge […]

Episode Description: We have a fun one for you today! We are joined by the #1 scouted TE in the nation in Jeremy Ruckert who stops by to tell us […]

Another week, another pod with 2 guests! First up we’ve got Andy Alberth back this year as the NFFC is GOING DOWN! Get some of the inside details and what you can look […]

As we try to get through this slow time of the season, we decided to take an early look at ADPs to try and find some value throughout each round. […]

Even though the NFL offseason is dragging at the moment, we somehow managed to get two quality guests on the show and have some good discussion! First up is Bob […]

This week, the FLAFFL guys bring in a true professional from DLF in Matt Price. We dive into what the difference between ranking players vs putting them in tiers is, […]

Episode Description: We are officially in the slow time of the year. There isn’t a ton going on but there is some news trickling out of OTAs so we thought […]

We figured it wouldn’t be enough to just bring Kevin back this week, so we also invited Eliot Crist to the FLAFFL House, NFL scout for NDT Scouting and analyst […]

With Kevin on a completely undeserved vacation, Sal and Steve fill the void with someone who knows a ton about fantasy football and welcome Chris Harris (@HarrisFootball) back onto the […]

In our final divisional breakdown, we cover the east!! On top of debating whether Evan Engram is the real deal, if Wayne Gallman has any fantasy relevance this year, or […]

We roll on in our NFL draft breakdown, giving you two episodes in one week! This time we tackle the West, seeing which teams hit, and which teams missed with […]