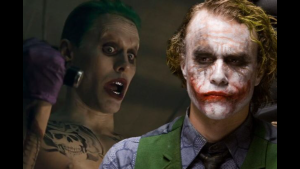 On this episode of The Batman vs James Bond Show, Brian is back with lots of exciting news and entertainment. This week Brian is joined by special guest from the Science Faction Podcast – Steven Domingues. Brian and Steven  discuss  Matt Reeves exiting talks with Warner Bros to direct the solo Batman movie; the state of the DCEU; why Heath Ledgers Joker interpretation remains one of the best, if not best villains of all times; rave reviews for the Lego Batman movie; what could have made Jared Leto’s Joker better; Daniel Craig now becoming the second longest running actor to portray James Bond; Bond 25 possibly filming in Croatia;  this week’s birthday’s, a big announcement for March, and much much more. Plus, an all new VERSUS – The Dark Knight vsersus Marvel’s The Avengers.
Find The Batman vs James Bond Show at: https://batmanvsbond.com/
And on the BS Podcast Network: https://bspodcastnetwork.com/
Please subscribe to The Batman vs James Bond Show on iTunes:
https://itunes.apple.com/us/podcast/the-batman-vs-james-bond-show/id1091423470
Follow The Batman vs James Bond Show on Twitter, Facebook and Instagram @BatmanvsBond
Send me a voicemail at: https://www.speakpipe.com/Batmanvsbond
or email me at: batmanvjamesbond@gmail.com