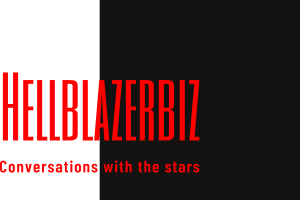 On this week’s Hellblazerbiz, I talk to Bestselling Author, Fashion/Lifestyle Blogger, & No Bully Activist, CARRIE BERK. At just 16 years old, Carrie has already published over 21 books (Simon and Schuster and Bonnier publishing), has a popular fashion/lifestyle blog Carrie’s Chronicles, and serves as a teen ambassador for No Bully. Carrie has just celebrated the one-year anniversary/relaunch of her style empowerment blog Carrie’s Chronicles in December and is releasing her second book of latest series, Ask Emma, in January 2019.

Carrie is a delightful young lady, with zest for life and passionate about her role as ambassador for anti-bullying campaign. She is no stranger to success, after she wrote her first book series called The Cupcake Club when she was only in second grade, based on her desire to shed light on important social issues facing kids today such as bullying. The series has published 12 books to date, sold 400,000+ books worldwide, and has gone on to become an award-winning Off-Broadway show.