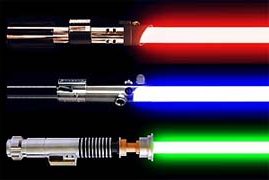 This episode contains: This week both Devon Craft and Benjamin Daniel Lawless join Steven for a wicked talk about science fiction. And Star Wars. So much Star Wars.

Holiday Talk: No Science talk this week. Instead we talk about sicknesses and holidays. Devon got a 7-string Ibanez guitar for xmas. Ben received a book called Different Dances by Shel Silverstein, it is VERY adult. We segue into A Boy Named Sue and it’s lesser known sequel. Steven stumbles through his holidays (and later remembers he got Rock Band 4).

Science Fiction: Steven finished the fifth Red Rising book, Dark Age. He talks a bit about it and the series as a whole. Ben just finished reading Moby’s first memoir “Porcelain,” and is currently watching The Expanse Season 4. Devon watched the first half of Season 2 of Lost In Space and we discuss.

The Rise of Skywalker: SPOILER REVIEW! This may be the most comprehensive review as one of us hated it, one of us loved it and one of us thought it was just okay. We dive into the plot, what works and what doesn’t. We do some Sith lore studies, talk about the Palpatine problem, and debate one of the deaths. We talk about what made Ben cry, what happened (or didn’t happen) to Chewbacca, and the C-3P0 thing. Should Rey have turned to the dark side? We also talk about how the Sequel Trilogy wasn’t written together, Carrie Fisher and how things could have been different. There were cool things in the Visual Dictionary that should have been in the movie. What was Finn going to tell Rey? (Steven knows) And finally, we talk about what we want from future Star Wars movies.